Posted at 13:32h Other Media by Bayh-Dole Coalition 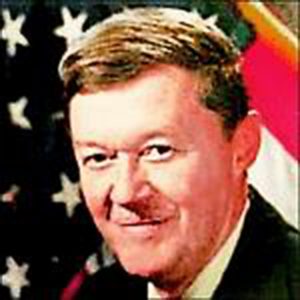 In 1981, President Reagan appointed Dr. Merrifield  to be  the Assistant Secretary of Commerce for Technology, where he served through both terms of the Administration. The development and oversight of regulations implementing the newly passed Bayh-Dole Act came under his jurisdiction.

Because Senator Birch Bayh had been defeated in 1980 and the Reagan Administration was just taking office, the bureaucracy at the Department of Energy, which resisted decentralizing technology management from Washington, D.C. as required by the new law, tried to undermine the regulations.  Quickly realizing the importance of Bayh-Dole, Dr. Merrifield explained to the White House that the law was something President Reagan should strongly support. He also gave Norman Latker, who was in charge of implementing Bayh-Dole, his full support in resisting the efforts of the Department of Energy.  After a two year battle with the support of the White House and Senator Dole, final regulations implementing Bayh-Dole as intended by Congress were implemented. President Reagan then issued a Presidential Memorandum endorsing Bayh-Dole, instructing each agency fully to implement it.

Bayh-Dole gave the Department of Energy discretion to extend decentralized technology management to its laboratories operated by non-profit organizations.  The Department refused to do so.  Frustrated by its continued resistance,  Sen. Dole authored an amendment to Bayh-Dole in 1982 extending its authorities to these laboratories. The Department of Energy fought this effort, finally sending an Assistant Secretary to Sen. Dole’s office the night before his legislation was to be considered by the Senate to persuade him to drop the effort.  Sen. Dole called Dr. Merrifield to his office. Merrifield brought along Norman Latker and Joseph Allen from his staff. They confronted the DOE delegation and told Sen. Dole that the Administration supported his legislation.  Reassured, Dole went forward and his amendment was enacted into law.

As the impact of university technology transfer became evident, President Reagan asked why federal laboratories operated by government employees weren’t enjoying similar success in commercializing their inventions. A study by David Packard determined that they lacked similar authorities as Bayh-Dole provided. Further, if they did license an invention, any resulting royalties went to the Treasury Department.  Thus, there were few incentives for government laboratories or their researchers to support technology transfer.  At Senator Dole’s request, in 1984 Dr. Merrifield’s office developed legislation to extend Bayh-Dole  to the federal laboratories.  Unfortunately, there was no House counterpart and the bill died.

It was revived the next year by Senator Slade Gorton (R-WA). Unlike Senator Dole,  Gorton was not on the Senate Judiciary Committee, but served on the Senate Commerce Committee, which has no oversight for Bayh-Dole.  Thus, Gorton revised the amendment so that it applied to the Stevenson-Wydler Act.  That legislation passed, becoming the Federal Technology Transfer Act of 1986.

Dr. Merrifield worked tirelessly supporting and providing technical advice to Sen. Gorton’s office.  After the law was enacted, Merrifield organized and led the Interagency Committee on Technology Transfer, which the Department of Commerce still chairs. Through his efforts, President Reagan issued another statement instructing all agencies to adopt and fully implement the new law.

Bruce Merrifield also spearheaded changes to U.S. antitrust laws through the enactment of the National Cooperative Research Act of 1984, allowing companies to collaborate more freely on joint research projects to cut costs, get new products into the global marketplace faster, and stimulate new investment in R&D. He was also instrumental in creating the National Technology Medal and the Malcolm Baldridge Quality Award.

Bruce Merrifield was a rare public servant who was not afraid to take risks and use his position to advance the public good. Without his leadership Bayh-Dole would not have survived its infancy. He was not intimidated when challenged by more powerful agencies and never backed down when things got rough, perhaps because he was a Marine Corps pilot in World War II. He died peacefully at his home on Jan. 1, 2017 and his ashes were scattered at Arlington National Cemetery.